Ada is a modern programming language designed for large, long-lived applications – and embedded systems in particular – where safety and security are essential.

When Ada was first defined, it was ahead of its time. It had ambitious requirements and introduced many features - e.g., packages, exceptions, generics, tasking - that were not used in mainstream languages of the early 1980s. Subsequent developments, both in the computing field in general and in programming language technology in particular, have confirmed that Ada's design decisions were correct.

Ada is seeing significant usage worldwide in the high-integrity and safety-critical domains including commercial and military aircraft avionics, air traffic control, railroad systems, and medical devices. With its embodiment of modern software engineering principles Ada is an excellent teaching language for both introductory and advanced computer science courses, and it has been the subject of significant university research especially in the area of real-time technologies.

From the programmers perspective, the role of the programming language is to offer leverage: developers will do their jobs more effectively and efficiently when the language they are using offers better support for the various "ilities" (readability, maintainability, portability, etc.) These are precisely the goals that Ada was designed to meet, and which it has been achieving successfully for nearly twenty years in large, long-lived systems worldwide.

Want to know more? Have a look at these Case Studies, Videos and Ada Comparison chart. 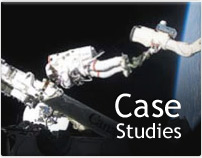 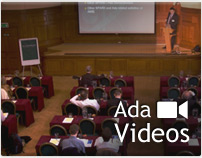 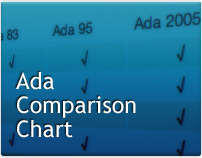